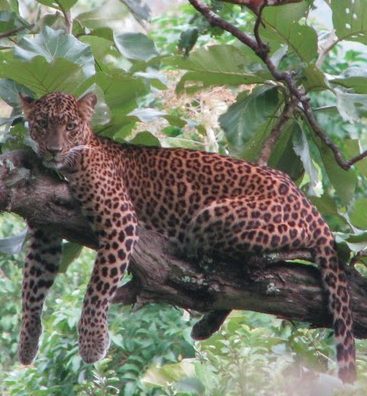 Leopards are thinking beings and aren’t just driven by instinct, believe the inhabitants of Hamirpur in Himachal Pradesh, who share no animosity towards the big cats.

In the context of the suspected poisoning of a tigress and two cubs in Maharashtra, which puts the spotlight on the severity of human-wildlife conflict, the scientific study offers sustainable solutions for co-existence and conservation.

The relationship between man and leopard is shaped by cultural narratives and myths, the Hamirpur study says, adding that non-aggressive interactions between humans with leopards are the norm, not the exception. One of the popular myths is on how the cat is the leopard’s aunt (billi uski masi hai) and taught the latter how to catch prey by its neck.

“The most important finding for conservation lies in the way that participants generally viewed leopards as complex individuals with whom they could ‘negotiate’ the sharing of space,” it says.

Another large review of conservation in 104 national parks and 551 wildlife sanctuaries in India by 20 scientists from the National Centre for Biological Conservation, Centre for Wildlife Studies, University of Chicago and others published in Elsevier’s Biological Conservation last month found that with protected areas — they cover only 5% of India’s land area — being too small for species to thrive, connecting them with local communities through nature-based economic benefits (such as from wildlife tourism), holds the key to successful conservation in and around reserves.

This is important because in India, parks smaller than 700 sq km see a 50% probability of losing dholes (Asian wild dog) and those smaller than 135 sq km, a 50% probability of losing tigers as documented in Sariska National Park and Panna National Park. Only 29 parks and sanctuaries in India are larger than 1,000 sq km, with only two larger than 5,000 sq km.

There is ample scope for ecotourism to generate benefits for local communities. The Eaglenest Biodiversity Project, started in 2003 in partnership with the Bugun tribe (in Arunachal Pradesh), for example, is successful. In another example, authors cite the Pakke Tiger Reserve, in western Arunachal Pradesh as doing better than the Namdapha Tiger Reserve because of forest officials from the Nyishi community, who ensure involvement of locals.

“There is no doubt that the support of locals is a must for conservation. We need better relationship and trust building between administration and people. It may help reduce retaliatory killings,” said Vidya Athreya, conservation scientist focusing on leopards and co-author of the Hamirpur study.