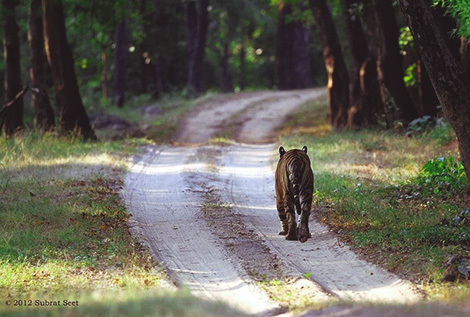 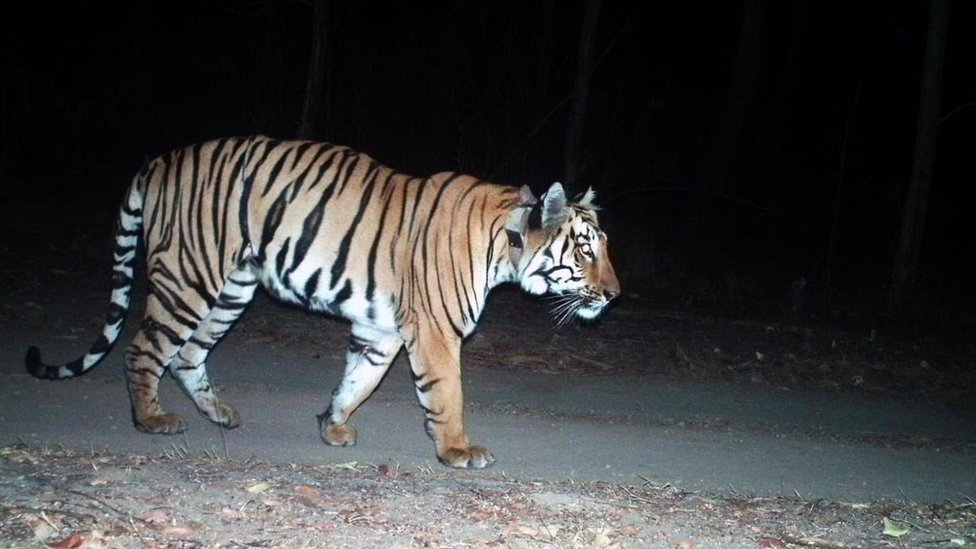 He has completed the longest walk by a tiger ever recorded in India and “settled” in a sanctuary, where he is the only big cat reports the BBC.

Fondly called Walker by wildlife officials, the now three-and-a-half-year-old male left its home in a wildlife sanctuary in the western state of Maharashtra in June last year. He was possibly in search of prey, territory or a mate.

Fitted with a radio collar, he travelled some 3,000 km (1,864 miles) through seven districts in Maharashtra and the neighbouring state of Telangana over nine months before “settling down” in another sanctuary in Maharashtra in March. The collar was removed in April.

The 205-sqkm Dnyanganga sanctuary is home to leopards, blue bull, wild boar, peafowl and spotted deer. Walker is the only tiger living there, say wildlife officials.

“He has no territorial issues. And he has adequate prey,” Nitin Kakodkar, the senior-most forest official of Maharashtra state told the BBC.

Now wildlife officials are mulling whether they should move a female tiger to the sanctuary to give Walker a mating partner, a move which will be “quite unprecedented”.

Tigers are not solitary creatures, they say, and have a natural instinct to mate. However, moving a second tiger to the sanctuary is not going to be an easy decision.

“For one, it is not a big sanctuary. It is surrounded by farms and degraded forests. Also, if Walker breeds here, there will be pressure on prey and the new-born tigers will try to disperse,” Mr. Kakodkar said.

India holds just 25% of total tiger habitat, but accounts for 70% of all remaining wild tigers, with around 3,000 animals. Tiger numbers have increased, but their habitat has shrunk and prey is not always plentiful, say experts.