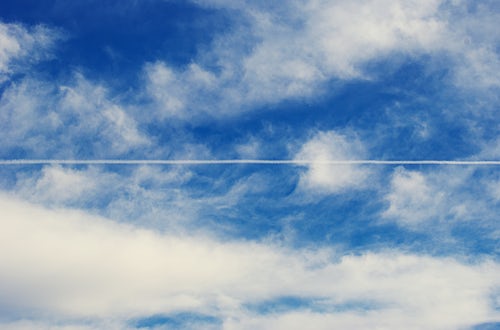 The clouds created by jet engine pollution have a surprisingly powerful short-term impact on global warming.

Those thin white clouds that jet engines draw across the sky are leaving their mark on the climate. A new study warns that the global heat-trapping effect of contrail clouds will triple by 2050 unless airlines and airplane builders dramatically reduce emissions or air traffic patterns change.

Air travel is growing so fast that current efforts to curb the climate-harming effects of airplane pollution won’t be able to keep up with the expected increase in the formation of heat-trapping clouds, scientists wrote in a study published Thursday in the European Geosciences Union (EGU) journal Atmospheric Chemistry and Physics.