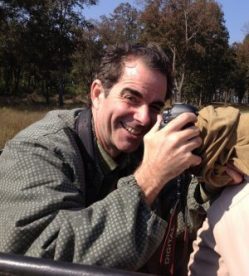 Charles Fraser is a Trustee of TOFTigers. Formally an officer in the British Army, Fraser chose a career in private finance only to recently take a few years away from his desk to manage a wildlife camp near Kanha National Park. With a passion for wildlife and travel, he has held a successful photo-exhibition in London and has also led British travellers through India’s jungles. He is a former High Sheriff in England and is associated with many charitable causes, including ABF The Soldiers Charity, of which he is president, and a State Academy school of which he is governor.