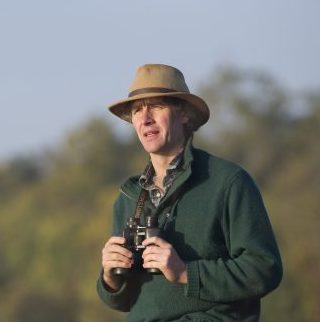 TOFTigers was founded in 2004 in response to plummeting tiger numbers across Asia. Julian remains the International Representative of the organisation. His expertise and international experience in the value of nature based economics, as a critical tool in saving wilderness areas and protecting wildlife drives the campaign. Its powerful economics and behavioural change mechanisms that have created alternative non extractive livelihoods, driven rural poverty reduction, enhanced rural economies and excited and educated an increasingly urban populace from around the subcontinent –  what he calls ‘Tigernomics’, is the basic premise of the organisation and its mission. He passionately advocating the need for a better planned, more responsible and a more sustainable approach to ensure ecotourism’s real potential is gained for wildlife protection, for habitat preservation and for local communities across the Indian subcontinent. See his latest articles and blogs on the subject here

Julian is a conservationist first, a nature lover, a pioneer in responsible travel and an eco-entrepreneur. He founded in the early 1990’s a safari and conservation travel business, Discovery Initiatives, now part of the Steppes Travel Group, which took him across the globe, visiting well known and little known wildernesses areas on seven continents. The result was a business that raised over £1.5 million for conservation charities and researchers.

In 2009 Julian spent three months driving and walking through many the unprotected forests of central, northern and north eastern India, on a quest to find a landscape in which to set up India’s first ever community based tiger conservancy. Once found, he spent a year seeking permission to undertake the huge project on 300 square kilometres of denuded forest. This project failed to get official approval from the Federal Government.

Julian has been interviewed for radio and TV around the world, writes numerous articles in newspapers and magazines, as well as lectures on nature and wildlife conservation both in the UK, in India and around the globe.