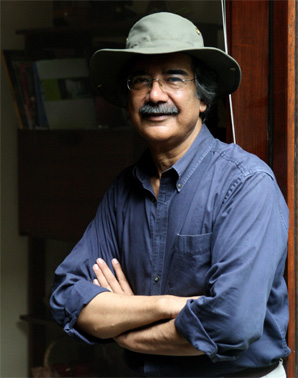 Pandey is an award-winning filmmaker specialising in films about wildlife and the environment. Born in Kenya, his childhood time spent in the Nairobi National Park fuelled his interest in conservation. For his work spanning more than 600 films on species conservation and biodiversity, he has garnered more than 300 national and international awards. He is thrice winner of the Wildscreen Panda Award also known as the Green Oscar for The Last Migration – Wild Elephant Capture in Surguja (1994), Shores of Silence: Whale Sharks in India (2000) and Vanishing Giants (2004). Shores of Silence also won a National Award for Best Film in the ‘Exploration & Adventure’ category in 2005. The CMS – UNEP Award for Outstanding Achievement In Global Conservation or the Prithvi Ratan was awarded to Mike at the Vatavaran Film Festival 2003. He has been Chairman of TOFTigers Wildlife Travel Awards since 2010.