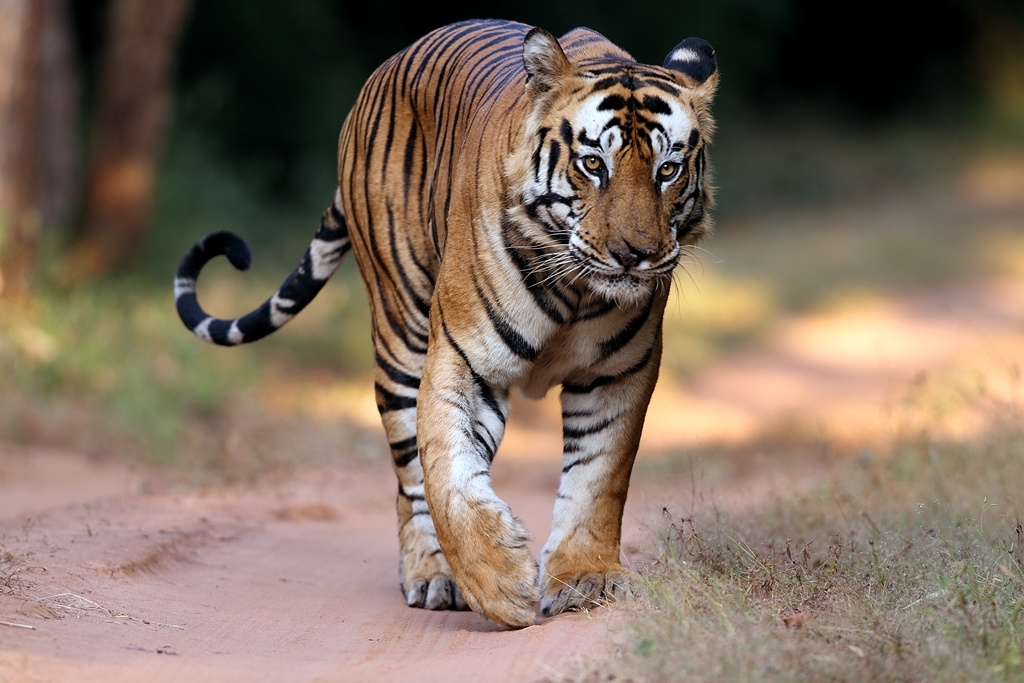 Last year’s official report into the state of India’s tigers makes for grim reading. After two years and 500,000 man hours of effort, two government bodies, the National Tiger Conservation Authority and the Wildlife Institute of India, have come up with a figure of 1,411 tigers left in the whole of India. With statistical variance, the figure could be as low as 1,165 or as high as 1,657, but however you look at it, it’s clear that the current government conservation efforts are simply not working.

A few key forest habitats around Kanha and Bandavgrah (Madhya Pradesh), Nagarahole-Bandipur (Karnataka) and alluvial grasslands around Corbett, Dudwa and Kaziranga in the Terai, are home to almost 40 per cent of India’s tigers. These areas, not surprisingly, are also where the vast majority of wildlife tourism takes place, and some of the tourism zones within these regions hold the densest concentrations of tigers.

Yet according to Dr Ullas Karanth, one of India’s most respected conservationists, ‘about 200,000–300,000 square kilometres of potential tiger habitat still survives in India. And as it’s possible to have five to ten tigers per 100 square kilometre, there is still room for 15,000–30,000 tigers in India today.’ India’s 28 established tiger reserves cover an area of just 37,761 square kilometres, perhaps 12.5 per cent of potential tiger habitat. Yet even with this protection, some Tiger reserves have no tigers.

So if current efforts aren’t helping to bring tiger numbers back to where they could be, what’s the alternative?

When people think of wilderness and wildlife, they tend to consider national parks to be the sole or primary such landscapes. And yet in sub-Saharan Africa, only 2.4 million square kilometres of wilderness is under government control, while more than 20 million square kilometres is under private or community conservancy control, more than eight times as much. Often it’s these latter areas that represent the great conservation success stories, with wildlife numbers booming and endangered species being brought back from the brink. This work is generally supported through well-controlled, carefully managed wildlife tourism.

Historically, the Indian Forests Service (IFS), under whose auspices all Indian parks and sanctuaries are managed, has seen tourism as a necessary evil, a harbinger of ecological doom to be boxed up and contained within specific areas. Over the Christmas period in 2006, tourism was even accused of being responsible for the collapse in tiger numbers in Ranthambhore in Rajasthan, and the park was subsequently closed over the whole Christmas New Year period.

But it’s abundantly clear that tourism can be good for tiger conservation. Empirical evidence has demonstrated that some of the densest tiger populations, with the best breeding success, are within the tourism zones of parks, which often constitute only 25 per cent of the park’s overall landscape. Scientists were puzzled in Pench Tiger Reserve in Madyha Pradesh, as it historically had more prey than tigers. Since the advent of tourism put Pench on the map in the last eight years, tigers numbers have flourished.

Why is this? First, wildlife tourism offers an informal monitoring and anti-poaching programme through passive viewing by visitors, their guides and drivers, ensuring poachers keep a lower profile and avoid certain areas. Second, it has a significant impact on the perceived status of a park and its ability to attract local, governmental or international funding. Third, it enhances the motivation and quality of a park’s rangers and management. And finally, wildlife tourism creates perceived ‘economic zones’, where forests and their wildlife are valued as living ecosystems rather than as firewood, bushmeat or agricultural land.

This last point is particularly important. Village communities must see the benefits of conservation, as tying land up in national parks means that they can no longer use the land themselves, whether by harvesting forest products or using it for livestock farming. Finding ways to compensate for this loss is a particularly tough numbers game in India, where well-known parks such as Kanha are often surrounded by more than 100,000 villagers.

Recognising that these local communities must be incentivised to become guardians of their forests, Travel Operators for Tigers (TOFT) is trying to change wildlife tourism’s present passive and restricted role into a more dynamic, proactive and effective tool for conservation. We are collectively spreading best-practice tourism through supply chain pressures from TOFT members through a so called PUG ‘ecological footprint’ audit of lodges and resorts, encouraging community-based tourism enterprises, advocating and supporting the management of visitors and their experiences more effectively, and using ecotourism’s extraordinary spending power to help change local lives and livelihoods.

In order to give ourselves the best chance of saving a specific habitat, we have to place a monetary value on it that comes close to the cost of maintaining it, and tourism places a value on wilderness resources like no other industry. In South Africa, wilderness tourism can generate US$12 per acre per annum, compared to just US$3 per acre for agricultural land. Furthermore, South Africa’s national parks are almost paid for by tourism, to the tune of three quarters of their annual budget. In India, the figure is negligible.

India has an amazing 90 national parks and more than 482 wildlife sanctuaries, yet probably no more than a dozen of the former and a handful of the latter are visited in any economically beneficial way by tourists. Consequently, tourism charges and park fees make only a single-digit dent in the annual park budgets, and most of the poorly visited parks are equally poorly maintained. So responsible tourism needs to be spread further and wider, opening up greater areas of India’s parks, sanctuaries and forest reserves. At the same time, poor-quality tourism – which, sadly, is very prevalent in India – must be regulated and outlawed. Finally, communities located adjacent to or within forests must be given a greater stakeholding in their forests’ management and the resulting economic benefits.

The economic drivers of such a conservation revolution are already in place; tourism is currently responsible for nine per cent of India’s GDP and more than 51 million jobs. This is permeating through to wildlife tourism, too. There are now some 300 million aspiring middle-class, increasingly mobile Indians with money and leisure time to burn – and a vast number of them want to get a photo of a tiger. Already, 95 per cent of tourists visiting India’s parks are Indian, and the market is growing at 10–15 per cent per annum. Just ten years ago, 90 per cent of people visiting these same parks were foreigners!

Sadly, these new tourism models need to work quickly, as time is rapidly running out for the tiger and its remaining forests.