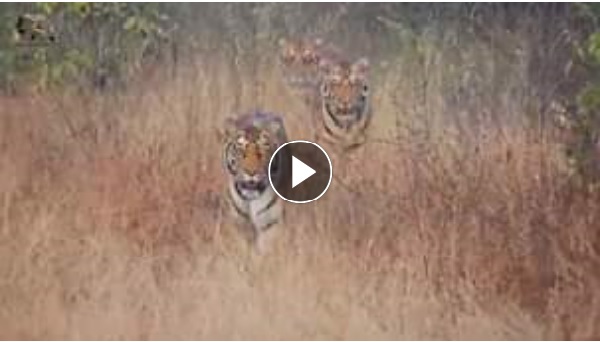 Tigers finally back into the oldest reserve in the world

“Thank you for sharing Aly and Bori team.   It’s ground breaking. It means that Tigers are back in the world’s oldest known reserve, declared in 1865, a full 7 years before what is claimed to be the oldest ‘preserve’ in the world – Yellowstone – in the US. Bori was in fact declared a Forest preserve by the British Raj to preserve the last remnants of Bori Teak trees, recognised as the best teak in the world at the time, but would then have also had a lot of tigers and wildlife in these areas including huge herds of wild bison (called Gaur).

There was little wildlife when I visited it in 2006 and then again in 2009, so huge congratulations to the management here for restoring it and having the apex predator here suggests a healthy biodiverse reserve is again established.”  says Julian