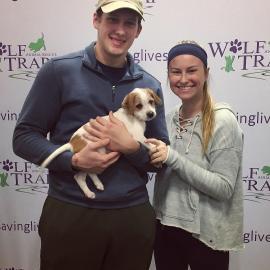 Further to the Supreme Court hearing on 27th August, and the Judge’s demands to have the Ecotourism Guidelines undergo a greater level of scrutiny and consultation, TOFT has released the present objections to the Guidelines.

For the MOEF Ecotourism Guidelines, that were subject to a separate TOFT campaign in June 2011, see the link here.

Should you wish to comment on these guidelines you can do so here, as per Project Tiger’s own portal – ecotourismntca@gmail.com till the 5th September 2012.

We welcome and support guidelines to encourage vital ecotourism practises especially around the PAs The need for regulating ecotourism in our wild habitats so as to minimise harm and maximise benefits is widely accepted and welcomed by all including the tourism sector, tourists and foresters. Indeed this should have happened over a decade ago.

Tourism and conservation can be mutually beneficial and provide a win-win situation for all, including the rural economy. World over tourism is encouraged as a conservation tool but these guidelines appear to regard it as a negative pursuit to be curbed and curtailed.

However the guidelines that have been presented to the Supreme Court would spell an effective death-knell for wildlife & nature tourism. Despite the sentiments expressed in the preamble and principles, these guidelines include prescriptions and instructions that would reduce such tourism to a trickle as they seek to ban visits to most of the tiger areas and restrict it to buffer areas that have minimal wildlife.

Ecotourism guidelines need to be site-specific and developed with the participation of all the affected parties. India has a broad range of diverse ecosystems, protected under a variety of systems. Central guidelines should be the positive, enabling document that sets general parameters through which site-specific plans can be developed through discussion and participation of stakeholders. Only in this way can the desired objectives be achieved. Detailed Central legislation will only hinder this process.

The guidelines are a one-sided document. The many constructive ideas and suggestions of prominent conservationists, scientists and experienced eco-tourism practitioners and others in the tourism sector have not been incorporated. These guidelines have also not been presented to, nor discussed in, several relevant bodies including the NTCA member body and the NBWL, before being presented to the honourable court.

The guidelines are based on the erroneous idea that tourism is a threat to tigers. If this were so the tiger reserves that for years have had the highest density of tourists would not be the ones also to have some of the highest density or tigers. Far from being a threat to tigers, there is much to support the contention that tourism contributes materially and directly to wildlife preservation and losses are greater where tourists are absent (eg Buxa & Simplipal).

These guidelines directly effect employment of over 2 lakh people and livelihood of over a million, besides various other stakeholders in and around the 650 protected areas in our country. The majority of the employees in this sector are from the local communities, including tribals and many who have been displaced from their original homes while creating these very national parks.

Ecotourism is the only sustainable, non-consumptive industry available to communities inhabiting the surrounds of our Protected Areas. Eco-tourism can lower the cost of conservation that is borne primarily by these communities. Without the employment and economic opportunities presented by tourism to the parks, the local populations may again be dependent on the resources of the protected areas in an extractive and consumptive manner. This will work against tiger conservation and protection of our forests.

The guidelines submitted in the honourable court go beyond he mandated powers of the NTCA. They involve matters pertaining to various states, tourism departments, tribal affairs, human rights, private & government tourism operations; its reach would have direct impact on other national parks (besides tiger reserves), sanctuaries, community and conservation reserves, sacred groves, pilgrimage spots in PAs and forested areas and even private forests.

Most of the present problems created by some aspects of tourism practise are the result of mismanagement by the authorities concerned. But to put it in perspective these exist only in 1-2% of the PAs. While encouraging appropriate forms of tourist practice, we also need to identify the systemic failures and enhance the effectiveness of the forest department. This can best be achieved through more inclusive, participatory governance at the ground level.

The excesses of tourism around the PAs do need to be better curtailed and regulated by government authorities. However recommendations for curbing such excesses should be separate from ecotourism guidelines. The former needs to address a failure in governmental control and regulations; ecotourism guidelines’ area of concern is behaviour of the tourism sector and encouraging and incentivizing good behaviour. The attempt to converge the two has led to the impracticality of the present document.

We appreciate the idea of a wildlife cess along the lines of the education cess. But in the ecotourism guidelines this is suggested only for the tourism sector within 5kms of a PA. It seems illogical to suggest a cess only for the one sector that already provides some benefit to conservation and local communities, and not for all other sectors. Besides, the amount suggested is “a minimum 10% of turn-over” although 30% has also been proposed; this would cripple most businesses.

Tourism can be a double-edged sword. This is not in dispute. However it is possible for the positive benefits to significantly outweigh the negatives and this is what we must strive to achieve. Even in the present scenario where some problems do exist, the far-reaching benefits, in the arena of development of the rural economy as well as tiger conservation, well surpass the harm.