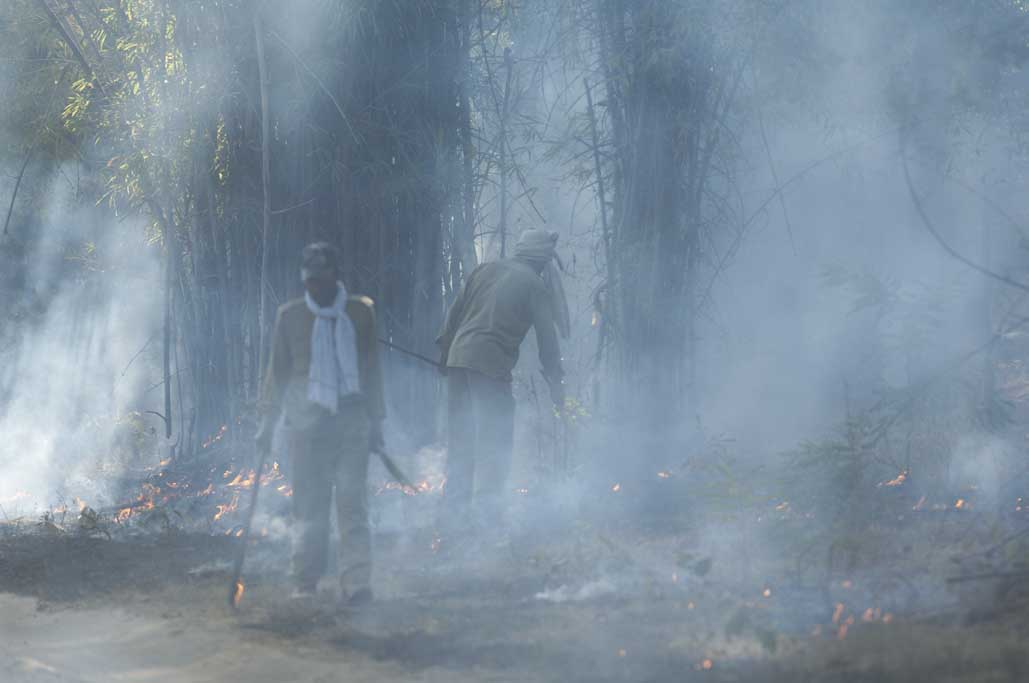 Big chunk of prime forest lost to fire, will Bandhavgarh end up like Sariska?

This may well be the most audacious act of arson in recent times, causing extensive damage to one of the best tiger reserves in India. Yet nobody seems to be losing any sleep over it. Bandhavgarh National Park in Umaria district of Madhya Pradesh, where the chances of tiger sightings is considered high, has just lost a big chunk of its forest cover. A large part of the prime tiger habitat is gone, though the state forest minister claims only 1% of the forest is damaged. Nevertheless, the raging fire raced through seven prime ranges of the reserve last month. And all this happened in a matter of just 72 hours!

The speed with which the miscreants set fire to Bandhavgarh caught the forest authorities napping. The flames erupted in a single night, but at different places. Now the forest officials are busy covering up their inefficiency.

Officials refused to divulge the areas affected, but the fire is said to have spread across seven ranges, including Panpatha, Khitoli, Tala and Manpur. The central Tala zone, known for high tiger population, is also said to be impacted. By the time the fire was reportedly detected on March 29, it had spread all across the reserve.