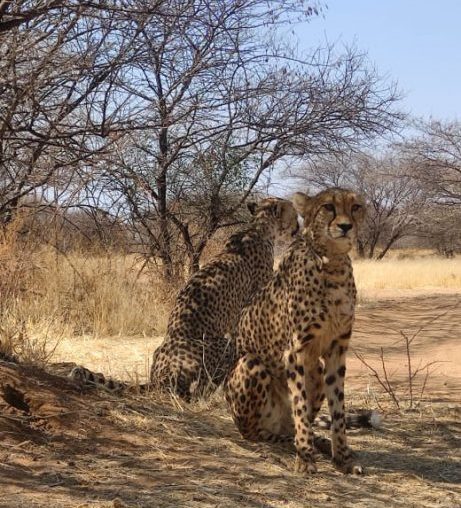 Cheetahs are finally here in India!

It is an exciting and historic day for Indian wildlife, eight Cheetahs flown to Jaipur in India from Namibia.

They will be moved to Kuno National Park in Madhya Pradesh where they will be welcomed by PM Narender Modi! Of the 8 Cheetahs, 3 are males between 4.5-5.5 years and five females between 2 years-5 years.

The translocation is being done ensuring they get the same climatic conditions and habitats they are used to.

Cheetahs were long associated with royalty and ancient Egyptians kept them as pets. Africa, Asia and India was home to abundant Cheetahs but their numbers reduced due to loss of natural habitat & poaching.

Currently there are 7500 cheetahs in Africa. The lifespan of a cheetah is approximately 10 to 12 years in the wild, or up to 20 years or longer in captivity.

Mating age is 3 years and above and females give birth to an average litter of 3 to 5 cubs after a gestation period of 3 months. New Born Cubs have spots on their body and a downy fur called the mantle that extends down their back, although this fur is shed as the cub grows older.

The mother moves the cubs to a new hiding place every few days to protect them from predators. Project Cheetah was approved by the Supreme Court of India in January 2020 as a pilot programme to reintroduce the species to India. The project Cheetah is culminating 12-year coordination with Namibian Cheetah Conservation Foundation, Indian Authorities and scientists.

As per Laurie Marker, Executive Director of Cheetah Conservation Fund, Cheetahs will be able to adapt in Kuno easily due to similarity in the habitat of the wild animals in the two countries. She feels that Indian authorities have worked hard for the cause and are committed to make it a success